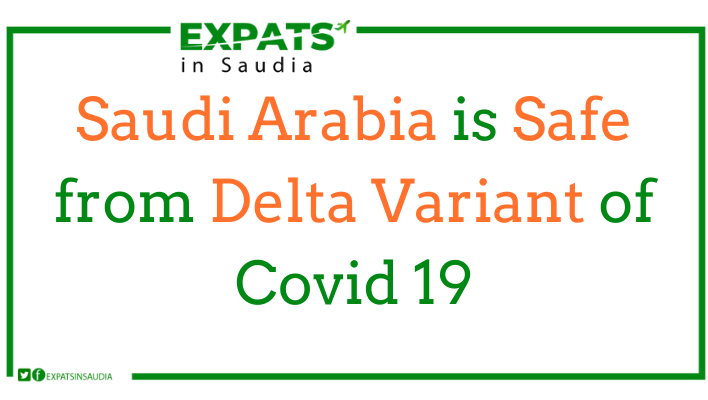 As a precautionary measure to prevent the virus from spreading in KSA, the Ministry has banned travel from 4 countries. Talking to Al-Akhbariya, he said that the statement of WHO had raised concerns that the vaccine is not affecting the Delta.

“In the current situation, we have to take all possible security measures,” he said. We must take every possible precaution to get through the transition period safely.

All Vaccines are effective against all Covid 19 Varaints

A spokesman for the Saudi Ministry of Health, Dr. Mohammed al-Abd al-Ali, said: “The Delta variant of the coronavirus is spreading faster than the normal virus.”

According to newspaper 24, the spokesman of the Ministry of Health said, “The symptoms of the Delta variant of the COVID-19 are the same as those of the common variant of COVID-19. There is no difference between the two.”

Medical research in various countries has shown that “The spread of the modified delta variant is faster, but approved vaccines are effective in controlling all mutated viruses.”

The Ministry of Health says that they had given the first dose of the Corona vaccine to 16.64 million, while in the second phase, they gave the vaccine to 1.73 million. However, Ministry gave 1.36 million doses to Adults.

In the last 24 hours, The Ministry of Interior had given more than 200,000 rations to locals and expatriates.