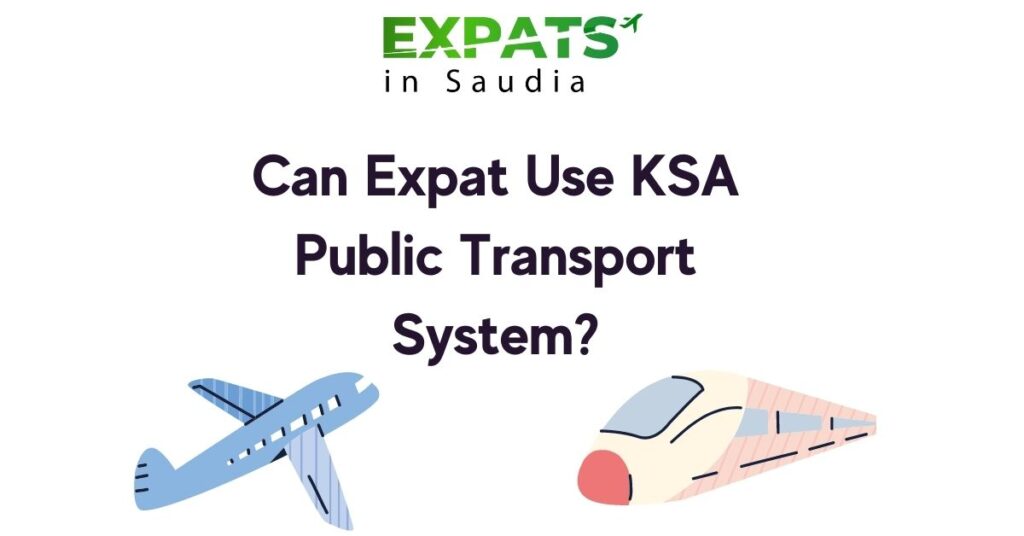 Forget about your car: Public transport is booming in Saudi Arabia, and there is a cheap alternative in KSA to taking a taxi.

Getting to your destination in KSA doesn’t always mean you have to take a car. With the continuous improvement of Saudi trains and buses every year, a car-free lifestyle is possible in Saudi Arabia. Here are some topics to get you started on your journey:

Let’s be honest: Saudi Arabia is not the first country to get good public transport when reducing the number of private car trips.

Investment by Saudi Arabia’s Ministry of Transport in the country’s railway network has been no less impressive in recent years. The four major cities in Saudi Arabia will have multi-line metro networks by the end of the decade. RIYADH Metro will start carrying passengers in 2021.

If you are new to traveling in Saudi Arabia with public transport, you will be relieved to know that a few apps help you become an A (even if your Arabic is a bit rusty). Some of the most valuable things include:

The KSA Public Transport Company (SAPTCO) operates intercity bus routes throughout Saudi Arabia and a few city bus routes in selected cities. Use the app to view travelogues, book tickets, and recharge your smart card balance. The SAPTCO app is available for iOS as well as Android.

As a petroleum-powered nation, Saudi Arabia’s transport infrastructure does not rely heavily on trains. According to the IUR (International Union of Railways), in 2019, Saudi Arabia had only 2,939 km of railway tracks, less than smaller countries such as Mozambique (3,116 km) and Serbia (3,724 km). Saudi Arabia’s trains carried only 300,000 passengers in 2019, just 130,000 more than Latvia.

However, Saudi Arabia’s rail traffic is slowly improving, but of course, steam is accumulating, with three railways operated by two railway companies.

Train ticket prices in KSA depend on which railway operator you are traveling with. Ticket prices with the Saudi Railways get based on distance, and there are two classes of vehicles: economy and business. The following are the fares of Saudi railway trains.

Infants travel for free with the KSA Railway Company if they do not occupy the seat. If they do, they only need children’s tickets.

Because rail transport is a brand new development in Saudi Arabia, the country’s train stations are a pleasure to use as long as you know what to expect before packing your bags. Will do

Most intercity travelers in Saudi Arabia will find many similarities in air travel. Security checks are similar to airports, including a ban on sharp objects and baggage checks.

Saudi Arabia’s first metro system got completed in 2010 in Mecca. The single Line, locally known as the Al-Masha’ir al-Maghdassa line (Southern Qatari al-Muqaddas al-Khat al-Janbi) or Line S, is a nine-station line that runs only during this time. Despite working for just one week each year, Line S carries an astonishing 3.5 million passengers during the Hajj. Local authorities plan to build a more traditional network with four new lines planned.

Riyadh is by far the most ambitious city in Saudi Arabia. Riyadh Metro plans to open six lines and 84 stations gradually. Parts of the network will be operational in the first half of 2021. Matar-ul-Mulk Khalid Al-Dawli), King Abdullah Financial District (Markaz Al-Mulk Abdullah Al-Mali), and King Fahd International Stadium (Ustad Al-Mulk Fahd Al-Dawli).

SAPTCO, Saudi Public Transport Company (Saudi Public Transport Company), is the national bus company in Saudi Arabia. They have city bus routes to Jeddah and Riyadh. Passengers pay bus fares using SAPTCO’s rechargeable smart card. The cost of a smart card is SAR 10, while a bus journey costs SAR 3. It is possible to recharge your SAPTCO smart card on a ticket vending machine, via the SAPTCO app, or with a bus driver.

For long-distance travel, tickets are available through the SAPTCO website, ticketing agent, or the SAPTCO mobile app.

Taxi And Ride Services In KSA

Saudi Arabia often requires a car to get around, so it should be no surprise that taxis are standard in the kingdom. Saudi Arabia’s Ministry of Transport made significant changes to the rules governing taxi cabs in early 2020, including taxi cab meters, maximum vehicle age, and technology, including providing passengers with limited knowledge of Arabic. Of course, this does not mean that every taxi in Saudi Arabia has an electric car full of tech gadgets, but the difference in the quality of taxis between Riyadh and small towns should be minor.

The largest and most organized taxi fleet is in the capital, Riyadh. Here, taxi cabs usually have working meters, although drivers are often open to discussing fixed prices before departure. The taxi fare in Riyadh is SAR 5, and the distance fare is SAR 2 per km.

Uber is the country’s most extensive riding app works in many cities, including Mecca, Jeddah, Riyadh, and Medinah.

Careem also operates in KSA, including intercity rides between Jeddah, Mecca, and Medina. In KSA, ride-hailing apps send registered taxi cabs to the country according to local regulations.

In Saudi Arabia, it is common to sit in a passenger seat if you are a man traveling alone. However, women should always sit in the back seat. The poor state of women’s rights in KSA also applies to all forms of public transport in the kingdom.

Other Modes Of Public Transportation In KSA

Saudi Arabia is a large, barren country where vast highways cut through long, lonely parts of the desert. In addition, many people working in KSA work on oil extraction facilities in more remote locations run by KSA Aramco, one of the world’s largest companies in terms of revenue. Is. As a result, local air travel remains a popular option, with many passengers using domestic airlines or even flying to one of KSA Aramco’s airports. KSA is the flag bearer of Saudi Arabia. Other Saudi airlines include Saudi Gulf and Nesma Airlines.

Can Disable People Use Public Transport In KSA?

Anyone traveling with a disability must register for a Digital Transport Accessibility Card through Saudi Arabia’s e-Government platform. The card gives consumers the right to reduce fares on public transport and inactive parking spaces in Saudi Arabia. After approval, you can download and print the PDF or use the link to display it from your mobile phone.

In Saudi Arabia, train transport is accessible to people with disabilities. The ramp and distance between the platform and the train are sufficient for wheelchair users. Battery-powered wheelchair passengers will have to use one of the station’s wheelchairs. Station staff can then help you travel around the station. Advance movement assistance is not required in Saudi Arabia, but wheelchair access on the train is limited and must get booked in advance.

It is also possible to travel by bus with the national bus company SAPTCO. SAPTCO offers discounted fares for people with disabilities. Special travel fares are also available. Tickets are available online in KSA as well as through ticketing agents.

How Environmentally Friendly Is Public Transport In KSA?

As the world’s largest petrochemical, Saudi Arabia struggles when it comes to sustainability. Even when Saudi Arabia considers what the post-petroleum future looks like, many reject any attempt to reduce the country’s emissions through building design or public transport. The car still dominates Saudi Arabia, which does not have the right level of sustainable use. In Riyadh, 95% of travel is private, and only 2% use local public transport.

However, investment in Saudi Arabia’s public transport sector indicates that a green future is on the horizon. Investment in KSA’s rail infrastructure has never been higher, and electric bus manufacturers see an increase in orders from cities in Saudi Arabia. Completing four major metro networks over the next decade should also help many people leave their cars at home for daily commute.

Use Of Public Transport As A Female In KSA

The biggest concern for using public transport in Saudi Arabia is access to women’s services. However, the upcoming Riyadh Metro will have separate vehicles for women and families. Many buses do not have this option.

It is common for single passengers to travel in the front seat, but not for women if the driver is a male. In general, most women in cities like Riyadh use private transport, whether hiring a driver, using a taxi or relying on a male family member to ride. Since women won the right to drive in Saudi Arabia in 2018, Uber has allowed women to work through the platform and prioritize female riders.

Complaining About Public Transport In KSA

Complaints or questions related to public transport in Saudi Arabia go directly to the operator. These companies can reach the following places.

Saudi Railway Company: SAR has various online forms such as lost property or refund applications. They also outline their policy for dealing with complaints and what to expect in response.