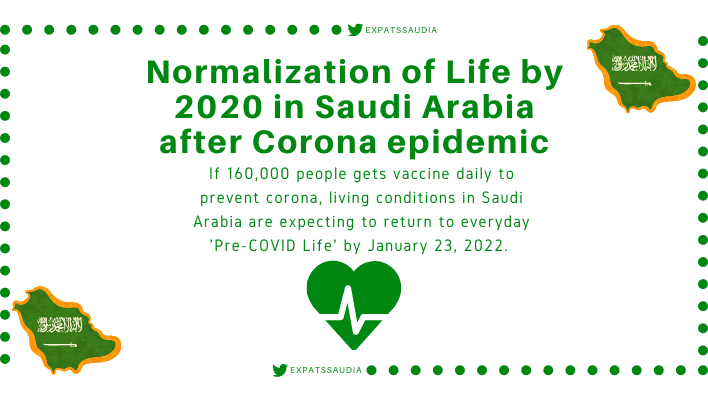 “What a fantastic performance against COVID-19 it was. Saudi Arabia continues to take adequate precautions in light of the scientific analysis of the risks of the corona epidemic. The World Health Organization (WHO) has reviewed Saudi Arabia’s performance in dealing with the Corona epidemic in accordance with its current diagnostic system.”

He Further Added, “Since the beginning of the crisis, Saudi Arabia has made excellent arrangements to inspect all travelers from epidemic-affected countries. Moreover, they Provide special training to the front-line health workers. They also monitored those affected by the outbreak and quarantined them.”

According to the regional director of the World Health Organization, “Saudi Arabia arranged for the treatment of the victims and launched an awareness campaign to prevent and prevent the spread of the epidemic in society.”

“Saudi Arabia took the lead in tackling the epidemic from the G20 platform last year, and now that Corona vaccines have developed, Saudi Arabia is one of the first countries to provide vaccines on a priority basis,” he said.

Dr. Al-Manzari expressed hope that “Saudi Arabia will continue to assist low-income countries or countries affected by crises and civil wars by providing doses of the corona vaccine.

Life is Expected to be normal before Feb 2022

Consultant and researcher Dr. Bandar al-Asimi say that if 160,000 people gets vaccine daily to prevent corona, living conditions in Saudi Arabia are expecting to return to everyday ‘Pre-COVID Life’ by January 23, 2022.

Web News ‘Sabq,’ citing a graph prepared by Dr. Bandar, said that according to the data by the MOH, 10 million people in the country already have vaccine.

Vaccination rates range from 25 to 30 percent, with vaccinations starting in December 2020. In February, almost 780,000 people got vaccine, less than 2 percent, according to February figures. In March, the number of vaccinations rose sharply to more than 4.4 million.

However, The graph released by Dr. Al-Asimi shows that the proportion of vaccinations in the country increased from 8% to 27% from March to April.