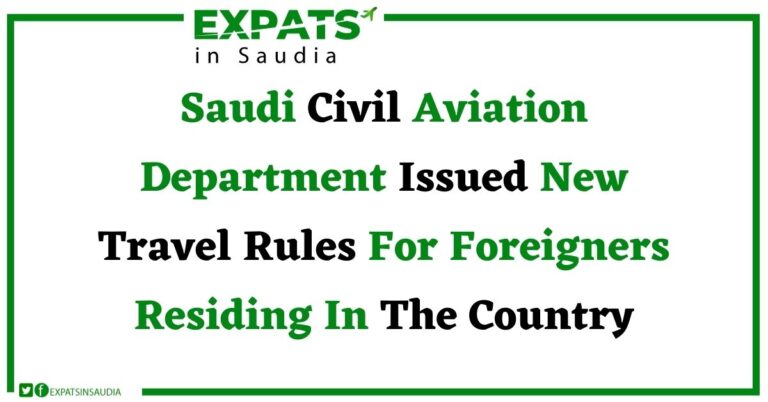 The Saudi Civil Aviation Department has issued new travel rules for foreigners residing in the country from banned countries.

What Are New Rules And Regulations For The Foreigners?

The Civil Aviation Department said that all airlines have been notified of the new regulations and abide by them. The statement warned that any airline that failed to comply would hold accountable.

Who Can Not Travel To Saudi Arabia?

The Civil Aviation Department said no one in those categories would allow coming directly to Saudi Arabia.

These are the new travel rules for every passenger.