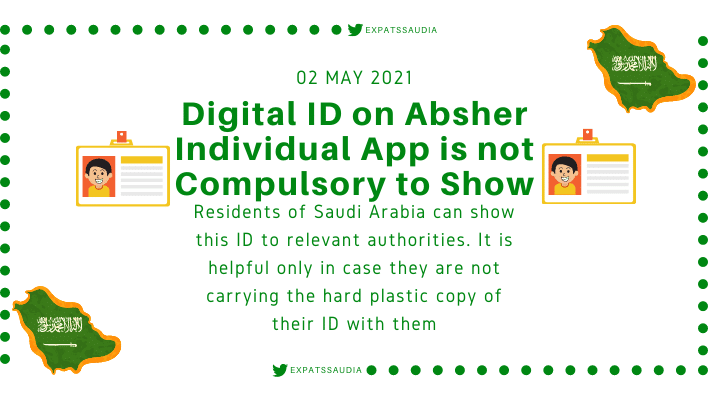 On 30-12-2020, the Kingdom of Saudi Arabia introduced a service, “Electronic ID.” It is introduced in an application named “ABSHER INDIVIDUALS.” However, An electronic ID is an electronic copy of the actual id of a resident of KSA. Here is how you can activate it on your Mobile using Absher Individual Application

Moreover, Residents of Saudi Arabia can show this ID to relevant authorities. It is helpful only in case they are not carrying the hard plastic copy of their ID with them. Moreover, This application works under the proverb of “Your Identity with Your Mobile.”

It’s the exertion of both, Interior Ministry of Saudi Arabia and Civil Affairs alongside the teamwork of many other relevant authorities, including the SADAI (Saudi Authority of Data and Artificial Intelligence) and NIC (National Information Center). Later this year, Digital ID is also available on Tawakkalna Application.

Residents (Local citizens and Expats) of Saudi Arabia can show their Digital Iqama via a saved QR code. However, only smartphones and Bar code readers can read this QR Code

Digital ID is not Necessary

According to the General Directorate of Passports (Jawazat), “It isn’t obligatory for foreign workers and expats to carry the electronic form of their ID all the time computerized ID.”

Capt. Nasser Al-Otaibi, the representative of Jawazat, said, “Foreign workers or expats have alternative options to show their identity, either using printed or either using electronic IQAMA.”

In Al-Majd TV, he said, “The electronic ID advocates the identity of the foreign worker or expat character. They don’t have to produce original printed ID. It is noticeable that Jawazat dispatched the Muqeem electronic ID on the Ministry of Interior’s new electronic application “Absher Individuals” in December last year.”

He further stated that the Muqeem Digital ID would encourage checking its holders’ character if they don’t have Muqeem Card.

“This will empower the recipient to see the ID information electronically through the “Absher Afrad” application through the variable QR Code. Expats can download a duplicate of it on their cell phones. Moreover, they can show it without the need to associate with the Internet.”

He stressed that the Muqeem Digital ID Is a defining moment. It is going to work in improving the advanced change measure and electronic exchanges of people with the pertinent areas. 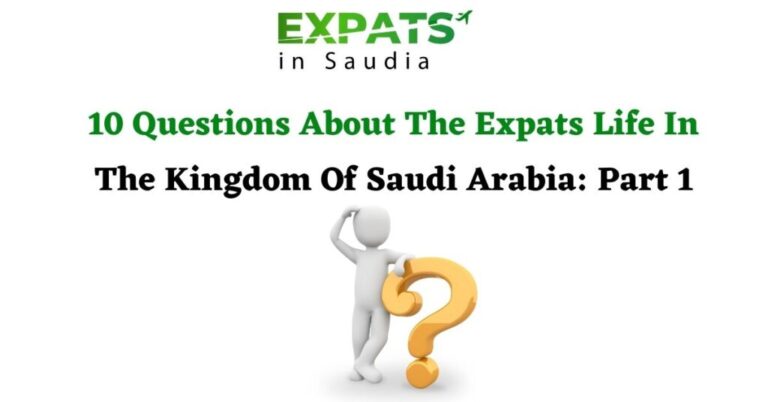 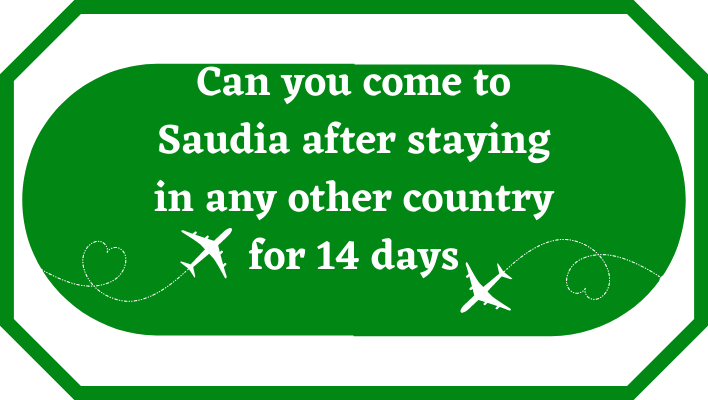 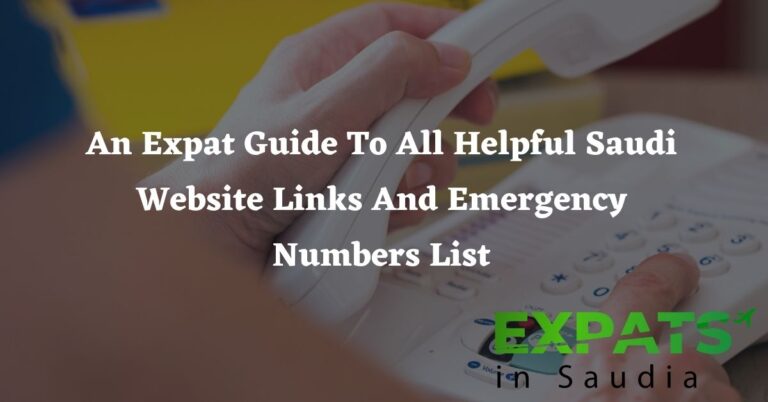