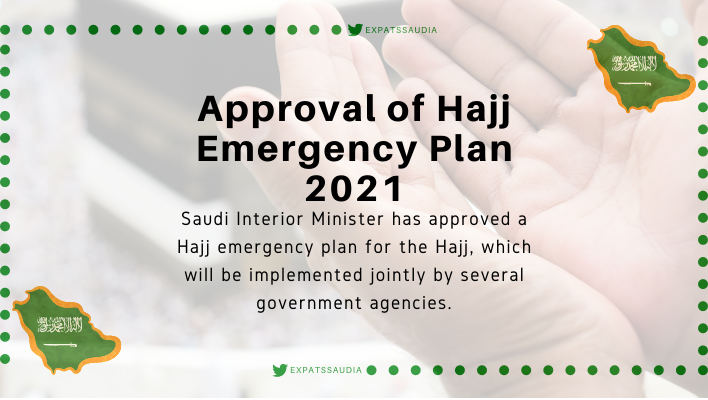 Saudi Interior Minister Prince Abdulaziz bin Saud has approved a Hajj emergency plan for the Hajj, which will be implemented jointly by several government agencies.

According to the instructions of Shah Salman and Crown Prince Muhammad bin Salman, the ministry made the preparations keeping in view the General Hajj Emergency Plan.

Following Arrangements are made on Hajj places

The management of the holy mosques has also approved the operational plan for the Hajj season this year.

Translation of Arafat’s sermon is going to broadcast in ten languages. This also includes Urdu, on the Minaret al-Harmain platform and FM.

According to the Ajil website, the pilgrims will conduct religious and cultural guidance programs from Masjid-ul-Haram in Makkah.

The authorities and officials will offer Awareness programs in more than 25 languages.